Tim’s wife of more than 48 years, Shirley, takes an active role in all their enterprises interests and serves as management coordinator in the Las Vegas office.

The couple has made Las Vegas their home where Tim serves as an elder in the Spanish Trail Congregation of Jehovah’s Witnesses, caring for the responsibilities of Life and Ministry Meeting Overseer and Congregation Secretary.

When asked what he enjoys doing in his spare time, he chuckles: “Spare time…What’s that?”

But we do know that Tim enjoys a few rounds of golf on occasion and enjoys studying NASCAR because of its precision and teamwork. At other leisure times we might also discover him indulging in a little Karaoke. 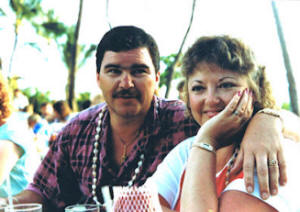 Always on board to entertain family, friends and acquaintances, Tim Thomas often finds himself thrust into the role of “Life of the Party”

Pictured in June, 1990 at the La Jolla Marriot Tim performs See See Rider for the crowd at a “Puttin on the Hits” show for a fund raiser for the San Diego Ronald McDonald House.

“It was a lot of fun,” he says, adding “I guess I could be just as happy sitting at a piano bar somewhere taking requests” 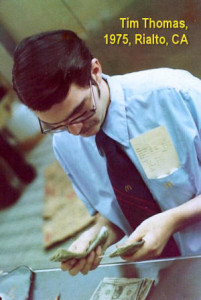 Tim Thomas grew up in the shadow of the San Bernardino Mountains in Southern California, less than a hundred miles from Los Angeles and the Pacific Ocean.  His McDonalds career began in 1968 when he was hired as a crew person at a franchise in  Rialto.  Six months later he was promoted to shift manager and became assistant  manager in 1970.

Things happened fast for me” says Tim, “I guess because I enjoyed the work and saw the potential of this relatively new corporation.” 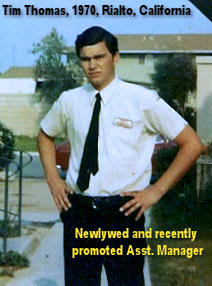 Rising quickly through the ranks, Tim eventually became an Operations Consultant, a Training Consultant and also served in the Los Angeles region H.R. Department.  In 1992 McDonalds invited him to become a franchisee.  The Corporation offered him his choice of opportunities among several geographical locations, and Tim ultimately chose Northeast Arkansas.

What are his keys to success?

“Training and motivation,” is his answer.

Tim has developed a “3-R philosophy”

“I own the business,” says Tim, “But I allow the managers to own the Operation.  Their results reflect their efforts.” The liberal insurance and profit sharing programs of Thomas Enterprises is reflected in loyal and long-term employees, many well into their third decade.

Tim also has established a real estate venture that is now known as Thomas Property Management.  Then in 2013, Tim developed another company, Restaurant Equipment Services (RES).

“I didn’t become involved in other businesses to make money.  I’ve seen opportunities for friends or associates to write their own success stories by helping plan and organize their companies, and even providing start-up capital when needed.  I figure that’s one way of sharing my success.